The last few posts have been about entering the International 3-Day Novel Contest last spring. But it would be embarrassing to spend more than, say, 72 hours writing about the contest, so it’s time to finish:

In Act II I had managed to get through most of the problems Act I had set up, and by the end of it I had engineered enough new ones to manage the turn that Chandler said was needed to get past the middle of a novel without the energy slacking — the turn towards some problem unanticipated at the beginning. In Dr. Jekyll and Mr. Hyde, for example, the initial mystery of the relationship between Jekyll and Hyde is solved by the end of the 2nd act, but that leaves the third-act’s new, if retrospective, problem — Jekyll’s struggle to control Hyde.

For Undine, as near as I recall, that happened when my hero took an unplanned boat journey and was dropped off on an island in Lake Winnipeg where he met two elderly women — one white, one native. They were unexpected, but I recognized them. Because you can be weird and new age-y about it, or just accept that’s how stories work, but I think every writer has their own personal set of archetypes. Dickens, for example, had those insipid innocent women, and that wise rich uncle figure who fixes things up; Stephen King has the protagonist frequent readers call the “King stand-in,” and that innocent-mentally retarded-psychic-blind-black-girl sort-of character (you know the one I mean).

It’s not necessarily a simple thing: in a Christmas Carol Scrooge changes from villain to wise rich uncle. In the Little Dorrit (somehow great and boring) the insipid innocent girl is the protagonist and she solves the older rich man’s problems (and then marries him). In It, the King stand-in role is split among two or three characters; in The Dead Zone the protagonist is the innocent crippled psychic, &c.

And it’s not that writers can’t think of other characters; just that those types reflect things inside who, like Mr. Hyde, keep wanting out. So Undine was the 7th or 8th novel I’d written, and I’d started to recognize a few of the company: The cocky newfound maybe-friend (a figure like, say, Alan Breck in Kidnapped). The feral young boy (Peter Pan with a hangover, or maybe my cousin Dan). And the cranky maybe-wise grandmother (certainly not like either of my actual grandmothers; maybe Maggie Smith in one of her crotchety roles).

Now, without my intending it, I had come to an obviously Mysterious and Significant Place and found not one but two cranky grandmothers. When someone from the cast shows up just because they’re needed you pay attention, and these two pointed out … issues …. that were maybe larger than my hero’s missing girlfriend. Then it was Act III and at last that happy sense the story was slipping along by itself — and I just had to hang on to the toboggan.

I had planned to spend the last few hours doing a quick re-write. Deal with sentences I had left unfinished, characters who changed names, traps that were set but never sprung, or mines that exploded without having first been laid. And maybe if I hadn’t started late I would have. But as the time ticked down towards midnight, even as the story-toboggan began to slide faster and faster towards doom (3), I also began to get that Zeno’s paradox feeling that comes towards the end of a project. I got stupider and slower; I found more little things that had to be fixed; I wrote more pages so confused they needed to be rejigged before I moved on….

So I was still writing almost to the very end. I don’t think I even understood how the Lovecraft character with my name (one of the inspirations behind Undine) came into it until that last half-hour. In the end I had about 10 minutes to re-format things, and then it was midnight.

I sent Undine off, emailed home to say I was done, went to the washroom without being eaten by a bear, and slept.

Tuesday morning I breakfasted at White’s, went to the shower house at last, closed up the cabin, and had a long wait for the bus to take me home. A long bus ride too, and I had the time to reflect on all the things that were supposed to be in Undine but had never showed up: the scene between the lovers on the beach; the sound of the water running through the karst beneath their feet; seeing how odd the girlfriend’s family was (1). Will those bits remain forever in the limbo of unwritten stories? Or if I try to make Undine again, as a longer, slower book, maybe I’ll find them there.

After all that I can’t really say if Undine was any good — except for the bit from the beginning I clipped out for one of these blog entries (2), I haven’t even read it yet — but probably not really. But maybe I will turn it into a longer, slower, better book later; and even if I don’t, it was a great experience:

It was the whole process of writing a novel, just in a little box —

slow and doubtful at the beginning (I wasn’t even sure until I was 5 pages in that it was Undine that I’d be writing); settling into the voice; hitting dead spots. The moments half-way through when you think it will never come together and must be abandoned. The surprise bits of inspiration. The final rapid unfolding of understanding.

I understand how people get addicted to running marathons; if my kids were older I’d have a shot at the 3-Day Novel every year.

(1) Which of these three elements came from the author’s own experience?
(2) Here.
(3) Just like in Ethan Frome, ha-ha

One comment on “3-Day Novel (5): Personal Archetypes and The End”

Recent: Writer in the Middle

This blog is also currently posed at http://thinairwinnipeg.blogspot.ca So after I launching two kids and a book in two years back in the early 2000s, I went through a bit of publishing dry spell.  Then this year, with two books coming out within six months of each other, those in-the-know told me I should start developing […] 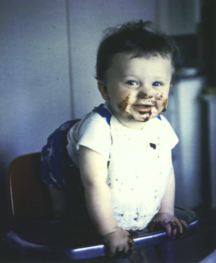